Flyboi INC general, Kizz Daniel has made a major move with the new collaborative deal with American record label and publishing company, EMPIRE, one week to release his project, “King Of Love“.

The news was announced by Empire on social media. They wrote:

Welcome to the EMPIRE family @iamkissdaniel 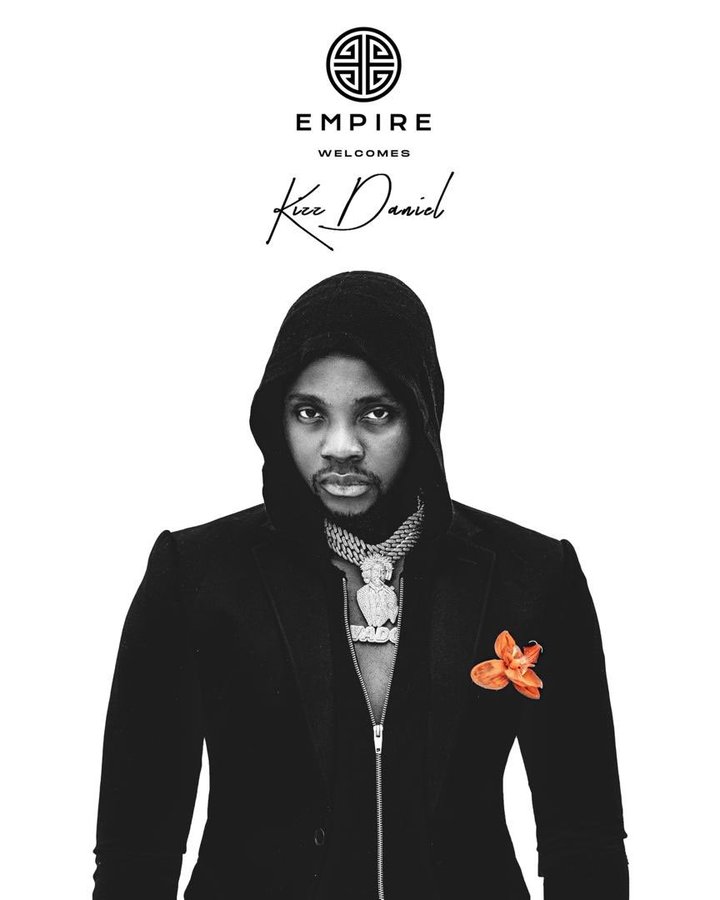 Do Not Share Face Mask With Anyone – Federal Government Warns

“This Is Why Buhari Loves Keyamo Like His Son” – El-Rufai

ABOUT US
DJ Chascolee is One of Nigeria's Top DJ. With his passion for music and enterrainment in Nigeria, he delivers juicy information cutting across entertainment, lifestyle, gossip, sports, and all.
Contact us: info@djchascolee.com
FOLLOW US
© Copyright 2019, All Rights Reserved
MORE STORIES
Local News

Do Not Share Face Mask With Anyone – Federal Government Warns