The British govt has warned its citizens not to travel to 21 states in Nigeria because of kidnappings, terrorism, militancy and diseases.

The British government has strongly advised its nationals against setting foot on the soils of 21 Nigerian states for their own safety.

ChannelsTV reports that the Foreign and Commonwealth Office (FCO) of the United Kingdom says the travel advisory has become necessary as a result of growing insecurity in Nigeria, Africa’s most populous nation.

In a statement posted on its website and updated on Monday, June 17, 2019, the FCO said frequent attacks by terrorist sect Boko Haram in the restive northeastern region of Nigeria, raids by armed bandits in the northwest and north-central states, kidnappings across Nigeria, fatal diseases like Ebola and Lassa fever and militancy in the south-south, have made Nigeria a dangerous destination for the rest of the world.

British nationals have therefore been advised against travelling to Borno, Yobe, Adamawa, Gombe, and the riverine communities of Delta, Rivers, Akwa Ibom, and Cross River states.

They were also advised against trips to within 20 kilometers of the border with Niger and Zamfara states.

The statement from the FCO reads in parts: “The Foreign and Commonwealth Office (FCO) advise against all travel to: Borno State, Yobe State, Adamawa State, Gombe State, riverine areas of Delta, Bayelsa, Rivers, Akwa Ibom, and Cross River States, within 20km of the border with Niger in Zamfara State.

Terrorists are very likely to try to carry out attacks in Nigeria. Most attacks occur in the northeast, particularly in Borno (including central Maiduguri and along access routes connecting the city to other major towns and along the Niger border, including in Damasak), Yobe, including the eastern LGAs bordering Borno State both north and south of the Damaturu road), and the Adamawa States. There have also been significant attacks in Gombe, Kano, Kaduna, Jos and Bauchi States and in the Federal capital, Abuja.

The terrorist threat across eastern Yobe and Borno State is high, with frequent recent attacks. Terrorist groups carried out attacks in North East Nigeria during the February 2019 election period, and further attacks are likely. We continue to advise against all travel to Borno and Yobe States.

On 23 February 2019, ISWA launched an attack involving indirect fire that resulted in explosions in multiple locations within Maiduguri. 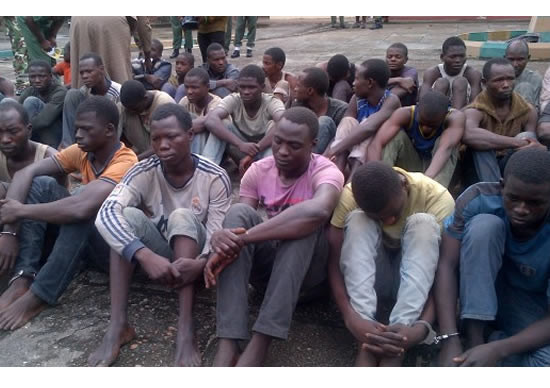 You should avoid places where crowds gather, including political meetings, religious gatherings and places of worship, markets, shopping malls, hotels, bars, restaurants, transport hubs and camps for displaced people. Attacks could be indiscriminate and could affect western interests as well as places visited by tourists. Besides Abuja, other major towns and cities remain particularly at risk, including Kano and Kaduna. See Terrorism

Theres a high threat of kidnap throughout Nigeria. Kidnaps can be motivated by criminality or terrorism and could be carried out for financial or political gain. See Terrorism and Criminal Kidnaps

The security environment in the north east has deteriorated since 2018 and there is a heightened risk of kidnap. Kidnaps in the north east have included humanitarian and private sector workers. There are also reports that Boko Haram and Islamic State West Africa (ISWA) are continuing to actively plan to kidnap foreigners. As well as in north-east Nigeria, this is believed to include some northern and middle belt states including Bauchi, Gombe, Kano, Kaduna, Niger, and Adamawa. If youre working or travelling in areas where there is a Boko Haram or ISWA presence, especially in the north-east of Nigeria, you should be aware of the risk of terrorist kidnapping.

There is also a high threat of criminal kidnap in the Niger Delta region and Kogi state.

If you travel to areas to which the FCO advise against travel, you are particularly at risk and will need a high level of security. If youre working in northern Nigeria you should make sure your employers provide an adequate level of security where you live and where you work, make sure they regularly review security arrangements and familiarise yourself with those plans.

There have been recent attacks in Maiduguri, Baga, Monguno, Damasak and Rann in Borno State and in Gujba and Geidam LGAs in Yobe State. Further attacks are likely. We advise against all travel to Borno and Yobe States. See Local travel. 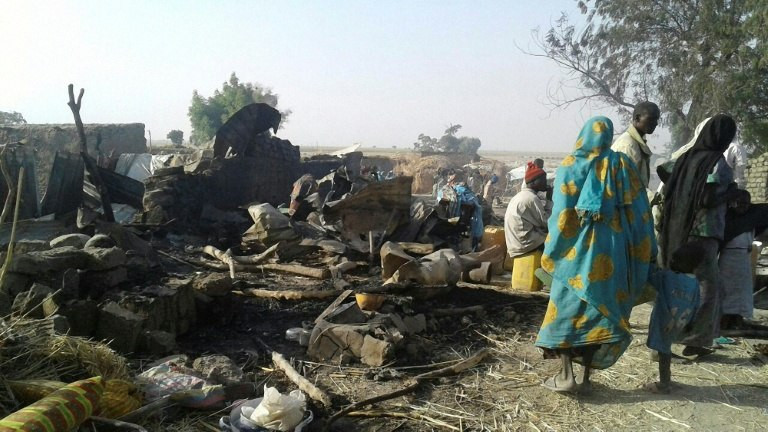 Survivors look at the aftermath of the bombing by the Nigerian air force of a camp for displaced people in Rann, northeast Nigeria, on January 17, 2017. (AFP)

A number of kidnappings, including of foreigners, took place in Kano city in April 2018. We advise against all but essential travel to Kano state. If youre in or around Kano city, we recommend you take added precautions.

You should be aware of your surroundings and avoid large crowds and public demonstrations as they can turn violent unexpectedly and at short notice. Follow news reports and be alert to developments. If you become aware of any nearby unrest or disturbances, you should leave the area immediately. Violent crime is common. See Crime

The Nigeria Centre for Disease Control confirmed an outbreak of Lassa fever on 22 January. For further information and advice see the NaTHNaC website.

UK health authorities have classified Nigeria as having a risk of Zika virus transmission. For information and advice about the risks associated with Zika virus, visit the National Travel Health Network and Centre website.

Around 117,000 British nationals visit Nigeria each year. Most visits are trouble-free.

On March 1, 2018, Boko Haram attacked a military base in Rann, Borno State. Nine members of the Nigerian security forces and 3 United Nations consultants were killed during the attack.

Some terrorist attacks and kidnappings in Nigeria in recent times have also targeted foreign nationals. 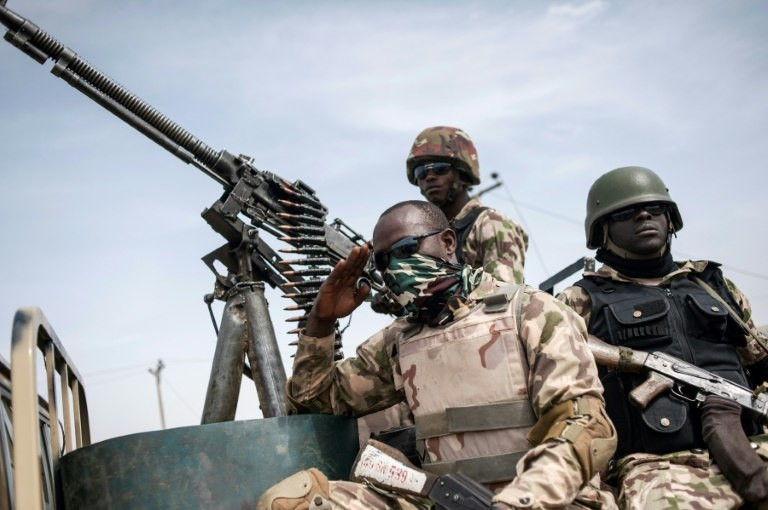 Only last week, terrorists reportedly sacked a military base in Borno and sent soldiers fleeing for their lives.

The British government also reminded its nationals that it won’t pay ransom to kidnappers to have them freed should they be taken hostage.

“The long-standing policy of the British government is not to make substantive concessions to hostage takers. The British government considers that paying ransoms and releasing prisoners increases the risk of further hostage-taking. The Terrorism Act (2000) also makes payments to terrorists illegal,” the statement read.

The Buhari presidency recently announced that it is doing everything to deal the terrorists a devastating blow, even though it has often claimed in the past that the terrorists have been “technically defeated”.

Boko Haram has killed about 30,000 people since it commenced an insurgency against the Nigerian state in 2009.

Lockdown: There Will Be A Lot Of Babies – Pastor Adeboye Says, Speaks On COVID-19 Deaths

Read 10 of the most romantic love letters of all time

ABOUT US
DJ Chascolee is One of Nigeria's Top DJ. With his passion for music and enterrainment in Nigeria, he delivers juicy information cutting across entertainment, lifestyle, gossip, sports, and all.
Contact us: info@djchascolee.com
FOLLOW US
© Copyright 2019, All Rights Reserved | Website Designed by The Premium Web
MORE STORIES
DJ Chascolee MixTapes

Read 10 of the most romantic love letters of all time